Demographic data is necessary to the success of the planning process.  Knowing the characteristics of a community can point to strengths and weaknesses that should be addressed by the plan.  The following section is a glimpse of Fair Grove’s population through the use of the most up-to-date and reliable data from the 2015 American Community Survey (ACS) – a service of the U.S. Census Bureau.

The city of Fair Grove had an estimated population of 1,612 citizens per the 2015 American Community Survey estimate.  This was an addition of over 200 new citizens, almost a 16% increase.  Across the board, this growth far out-paces Greene County by almost 13% , the state of Missouri by almost 15%, and indeed the United States as a whole.

The median age of Fair Grove is 31.5 years old .  This is quite young compared to Greene County and Missouri, coming in at 4 years younger on average compared to Greene County, and around 6.5 years younger on average than Missouri.
In addition, almost 20% of the population is between 5 and 14 years of age, and 37% of the population is 15-44 years old.  That said, over half of the population of Fair Grove is between the ages of 5 and 44 years old.  That is quite young – and planning policies ought to be directed toward this major portion of the population.  There is still a significant portion of the population that is elderly; almost 15% are over the age of 60 – near the typical age of retirement and when citizens can start receiving Social Security benefits.  This population segment ought not to be left out of the planning process as the focus turns toward the children and young families. 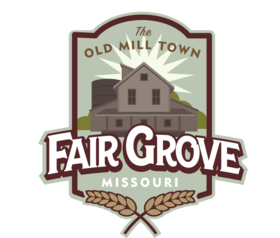